Posted on April 19, 2015 by dorsetantiquebottleclub

Over the last few months It’s been pretty busy show wise with quite a few coming and going. The dreaded Lurgi has come and gone and come back again several times so I thought I’d put a quick summary of the ones I’d been to and what Dorset Items had been discovered.

We had Berhamstead Winternational in Febuary. It was well attended and quite a lot of items found new homes from the sales tables.   Good show with bottles and advertising. The lighting is a bit yellowish. 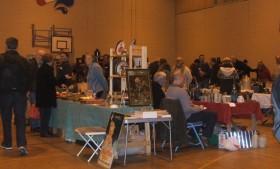 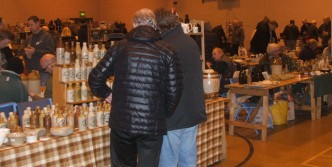 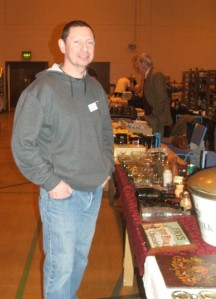 Shot of Alan Show organiser thanks for another good one. ‘Free sample’ mini Gosnells winging its way back home pictured with the other two variations I have, G.H.Crickmay Weymouth saltglazed barrel also homeward bound.

Alton Show in March was as busy as ever the Flyers went out for the Dorset Club Show in May.No purchases for me but a Weymouth Soda amber Skittle found its way back to Dorset. 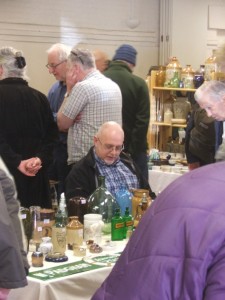 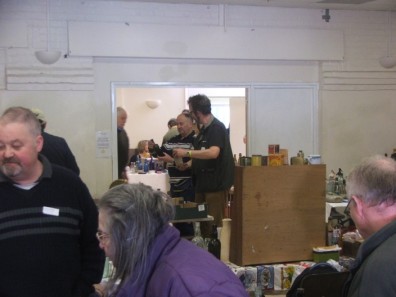 Behind my pitch late in the day.

Cirencester Show was the busiest I’d seen for a few years. The rain didn’t dampen spirits and thanks to the Waits who let us in a bit earlier to put our stuff under the tables. They put on a super display as usual and my eye was caught by the wonderful colored topped jugs and the Torquay ware strikers we have a few of our own used by Dorset companies. I think The BBR on the road auction also helped add to the show . Cant wait till next years. 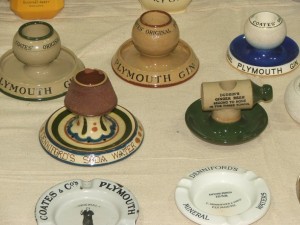 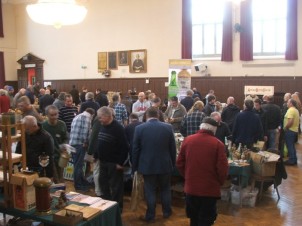