Posted on September 7, 2015 by dorsetantiquebottleclub

Memory loss struck again in August when I forgot to bring along a camera so no pictures of labeled chemist bottles, Stoneware flasks soda siphons to show. A few were holidaying as well. Things started to return to normal with the  September Meeting with a good show of competition items and additions to members Collections. A general natter and catch up with what was going on in the bottle world in Dorset.

A few marmalade’s Kitchen items including A Verwood Pottery bowl and Bread bin with lid. 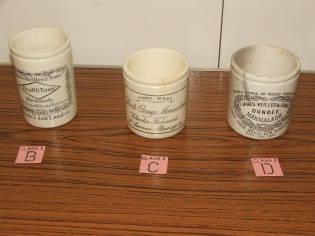 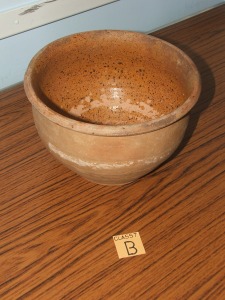 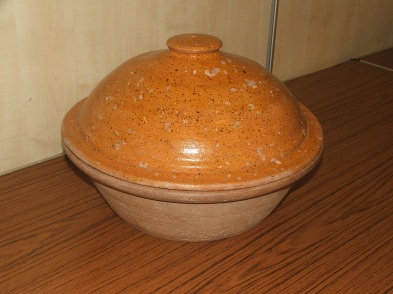 Best Bought Ginger Beer match Striker Bournemouth and parkstone muff warmer and What Is it??? 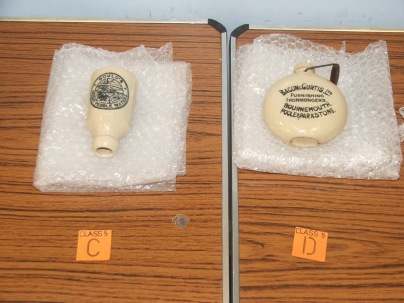