Posted on November 10, 2014 by dorsetantiquebottleclub

There was a good attendance for Novembers club night with lots of talking about the up and coming shows in November There is Alton on the 16th , Kidlington the 29th and BBR have slotted in another Auction on the 22nd . This makes for a busy month for club members to add to their expanding collections. (See links and show dates for more information). 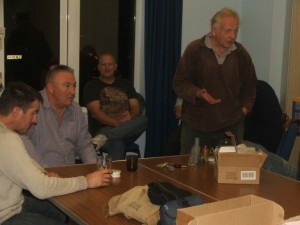 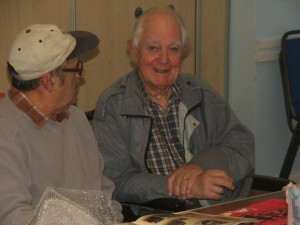 The competitions were well supported With Dorset Stoneware in class 1 showing a nice Bedford and Burniston Match striker, Witt Dominion ointment, some mini muff warmers with named Bournemouth retailers and some Verwood pottery items Costrels and a named money box. 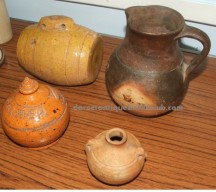 The four black and white lids showed some impressive pictorials and some nice green poisons. 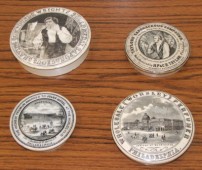 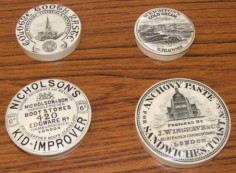 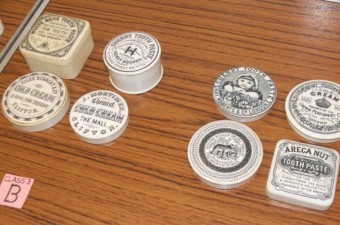 Club members are less active diggers but had managed to prise out a Strawsons codd and a fine Palaeolithic handaxe from the Bournemouth terrace gravels reflecting the wide range of interests the club members have.

In the best bought class club members were most active and the Frouds Dorchester Hamilton was admired but narrowly piped from first place by the bellermine which had originated from a local car boot sale,  showing that there are still good finds to be made for diligent searchers. In the sad finds there was a wee 4 gallon C 1840 4 gallon Lyme flagon / stone jar. Just inside the Dorset boarder not much has surfaced over the years from Lyme and this one despite missing handle bore an early Powell potters mark and was a welcome addition to a members collection.